Our weekend began Friday evening having dinner at Razzoo's with our friends, and then on to the Community Concerts we attend each month. Last month's entertainment was so fabulous, we wouldn't have believed the group to follow this month would be so good, but they were great ... in a different way. They were the Doo-Wah Riders and put on a very good show. Last month was the Fabulous Equinox Band and if you ever have a chance to see them, they are fantastic! 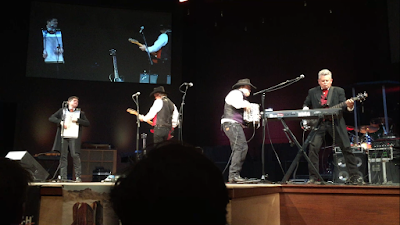 The lady in front of me was kind of in the way for my pic. 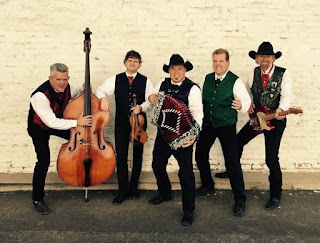 On Saturday morning, we were headed back up north to watch Kate and Jack play soccer. We have seen them play several times this season and it's been fun. 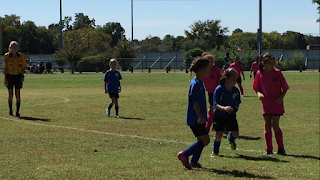 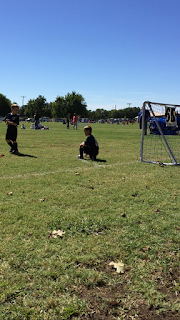 They each manage to find something to occupy themselves
while the other plays. 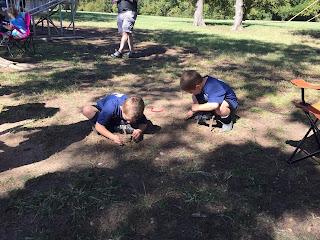 Jack's in the mud with his buddy. 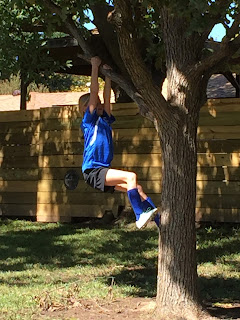 Kate finds a tree to climb.

I'm being a little transparent here, but I was just a bit sad as we drove up for the game. Ever since they made the move farther away from us, there hasn't been a chance for them to stay with us in light of everybody's busy schedules. They also seem to have been a little standoffish, clinging with their parents, which was never the case in the past. They were always eager to sit with us, cuddle, hug, beg to come back to our house, but that hasn't been the case since the move. I had to chalk it up to all the changes that have happened in their lives recently and they really needed to be at home and getting into a routine since they had been away from home so much during the move.

HOWEVER, Saturday after the games, we went to Red Lobster to celebrate Grandpa's birthday and the first question out of Jack's mouth was "can we come home with you and spend the night?" "Are you kidding? I thought you would never ask!" They were so excited!!

So after picking up their things, they came home with us and we had such a good time. Ahhh. Things feel back to normal! Jack and I went to the park while Kate babysat Grandpa. They were involved in a project together. 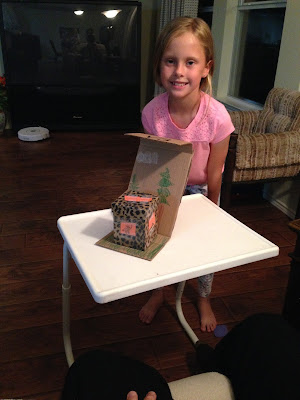 The box was filled with small artwork she had
done and cut out for him. She loves her Grandpa so much.

When we arrived at the park, there was a party going on and Jack just kind of meandered over and made himself at home. The people were very gracious to us and it was fun watching the kids trying to break the pinata open. 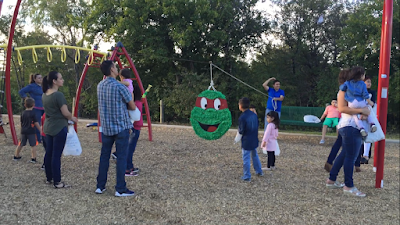 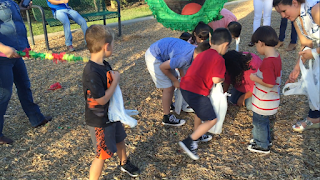 Jack came home with a big bag of candy.
(We had a little discussion about greed though! Lol!
especially when you've crashed into someone else's party!)

Back home again, Jack came to me with a double picture frame of school pictures of his cousins Brady and Noah that sits on a table in the living room. He loves his cousins so much and emulates Brady like crazy. He brought it to me asking if he could have it to take home. Now as I type this, I feel a little selfish that I wouldn't let him take it home. He cried and cried, he wanted those pictures so badly. That touched me so that I did make copies of the pictures and put them in a frame for him to keep. He was so proud! He also had me take a picture of the pictures so he could use it for wallpaper on his iPad!

I told Sara she would have to send copies of the boys' school pics this year to Jack so he can have an updated copy. And I hope Brady realizes how much Jack looks up to him and continues to be the wonderful boy that he is. He's truly a leader. 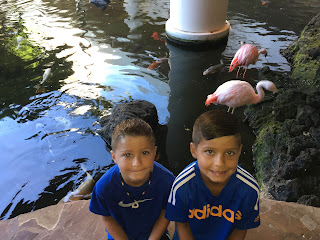 We went to church this morning and when we came home, Jack and I played air hockey. He loves to beat me! Kate served up tea. They still love to play with the doctor kit and have tea parties. 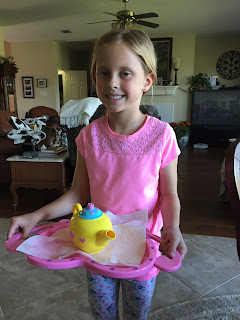 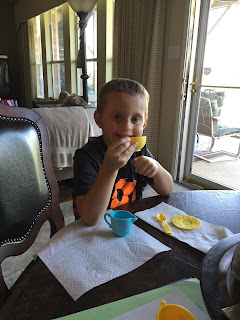 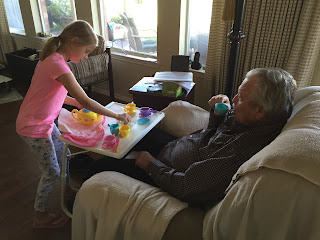 Hopefully they will be back in a couple of weeks. I think sometime in between, we are going to go to their school and have lunch with them. We will be going to visit Brady and Noah soon also. Then we will be looking at November! What is happening? Please, Time. Slow it down. 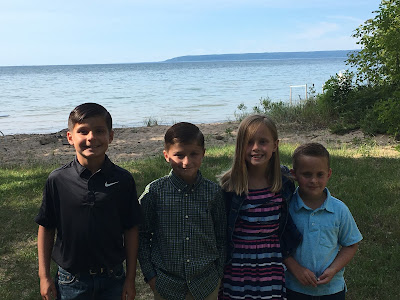 Such cute kids and what a busy weekend. I am glad the kids decided to come home with you. When some of our grandkids went through some hard changes in their family life they didn't want to stay with us for a while either. They needed to make sure they were secure in their new situation..but then came back around. It kind of gives you a clutch in your heart when you hear that "I want to go home" instead of begging to come to your house.

Hope you have a wonderful upcoming week- xo Diana

Sounds like a lovely weekend. I'm glad that the kids asked to come home with you. It is sad to see changes and the way people react to them. I'm glad you had this time with them. The concerts must be so much fun to attend.

You are truly blessed to have your grandchildren close enough to enjoy as you do. Our only grandson lives in Maine, which is 1500 miles away, and he just turned 17, so the "cute fun" stage is past...however, we try to have him come down for a visit at least once a year so we can have him all to ourselves for awhile. Precious times. Just not enough of them. Your weekend sounded wonderful. Cherish those times...they grow up too quickly!

What fun!! They do grow up too fast. It's great that you get to spend such good quality time with your kiddos!!

I was all set to give you some big hugs but then they asked if they could stay over....hooray!! Looks like you had a great weekend.