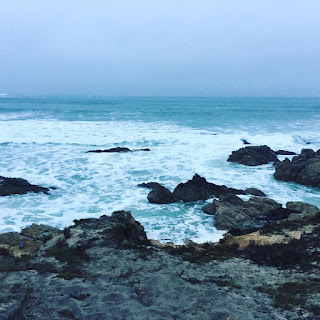 The Sea at Carmel

I've never been to Carmel, but a friend was visiting there last week and shared this beautiful photo. Our trip this past weekend was to visit the kids and watch soccer. It was all about soccer and costumes. Never before have I had any desire to visit one of those Spirit Halloween stores, but Sara and the kids were on a mission for costumes for the Spookout Soccer Tournament! Shudder! 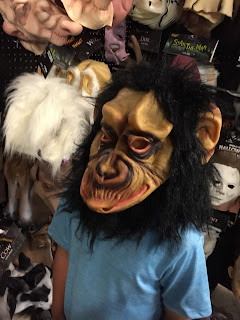 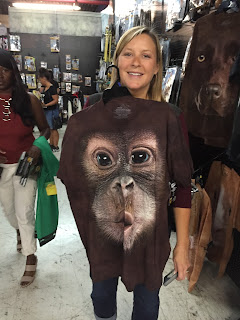 
The Halloween store was outrageously expensive and so we ended up at JoAnn's buying lots of felt and making do with a costume for Snow White and homemade accessories for the dwarfs. We decided dwarfs aren't that picky about their wardrobe anyway. The hat, beard and belt were made of felt which Sara and I cut out. Pretty raggedy, but the end result was all right for a soccer tournament. 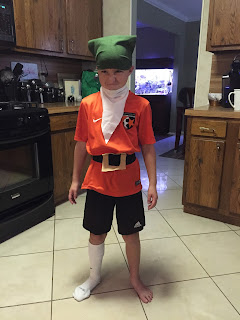 Noah wanted to be Grumpy and this is his grumpy face. 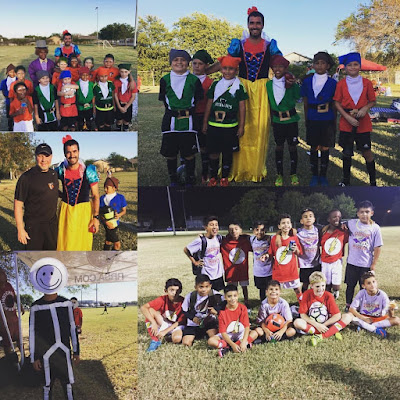 One of the coaches was okay with putting on the Snow White costume.
This young man is from Spain and is a really good sport. 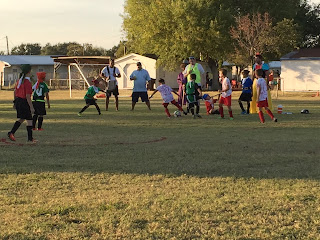 Hold on to your hat!
The thing kept flopping down over his eyes as he played. 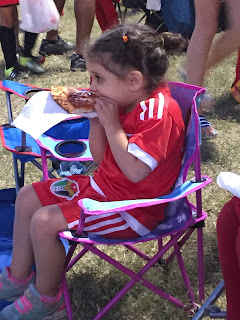 This adorable girl sat next to me as she watched soccer
and really got into that pizza. 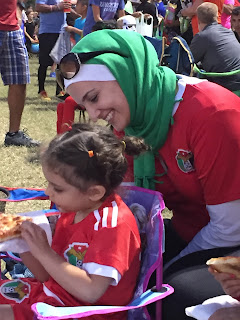 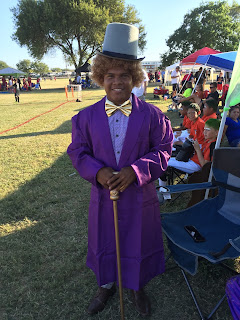 He won the prize! 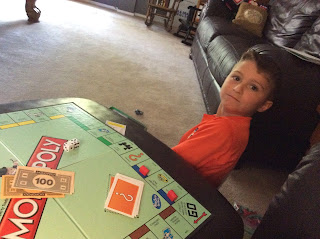 Noah and I played Monopoly - he had hotels on Boardwalk
and Park Place, so you can guess who won! 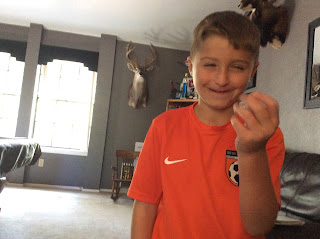 (I did manage to beat Brady at Checkers, though.) 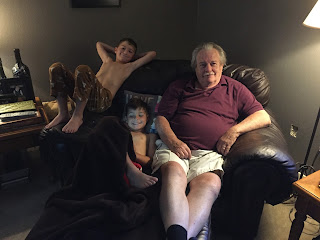 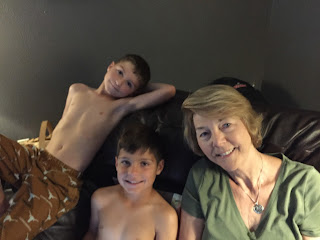 So sweet to be with these two. I love it that they
still get up early to spend time with me early mornings in
that big comfy chair.

I love your EARLY SUNDAY photos :-)

Enjoyed seeing all the costumes. That sure is a sweet picture of you and the boys in that big chair!!! Hope your day is happy and blessed.

Lots of fun! Cute costumes. Love Snow White and all the dwarfs. Have a great day.