1. The US of A celebrated Memorial Day this past Monday. Does your family have any military ties? If so, tell us about them. 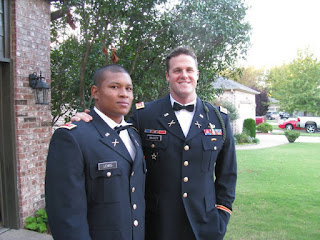 Of recent years, both my nephews.

My dad served in WWII, husband, my uncles and several cousins served. Very proud of all of them willing to serve.

3.  I enjoyed asking this question back when the Hodgepodge was a regular thing...Lake Superior State University posts a list each year of words they think should be banished from the Queen's English for misuse, overuse, and/or general uselessness. The 2020 list includes-quid pro quo, artisanal, curated, influencer, literally, I mean, living my best life, mouthful (word used by foodies to describe texture of food in their mouth), chirp (basically an insult, you can read more on the website), jelly (short for jealous), totes (short for totally), vibe, and OK Boomer (internet response from millenial to older generation).

Of the words/phrases listed which would you most like to see 'banned'?

Literally. I am sick of hearing the word “literally!” It is soooooo overly misused. Funny, several on the list I’ve not heard used. And tired of hearing “quid pro quo!”

4. I'm sure next year's list will be filled with words springing out of this weird season we're all in currently. What word or phrase associated with the Corona would you be happy to hear less often?

It would be a toss-up between self-quarantine and deaths.

5.  The month of May wraps up in just a few days. Bid her adieu in ten words or less.

Farewell, merry month of May. Don’t come again too soon.

This was a very unusual Memorial Day weekend.   Although I did go to church, I spent the rest of the weekend alone. It rained almost the entire weekend. I had a Zoom fellowship on Saturday evening and got to briefly say hello to a few people at church. There was a break in the weather so, after church on Sunday, I went to place a flag upon Jay‘s grave. There were flags everywhere at the cemetery. 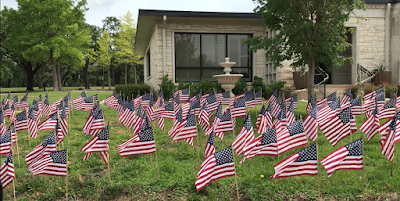 My dilemma at this time is trying to settle on the wording for the gravestone. I have been pondering (pondering has now become obsessing) over this for the last five months. It has been so difficult for me trying to decide what I want to say (it is written in stone, after all). The size of the gravestone and the fact that it is a gravestone for both of us presents a problem because I am limited in the number of words that can be engraved. I need to make a decision as I cannot place flowers on the grave until the stone is there with the attached vase.

As a kid, I remember this time of year being called Decoration Day where my grandparents lived in Arkansas. Everyone would go out to the cemetery to decorate graves. My cousin sent a few photos to me of my Grandma and Grandpa's gravesite, along with others. She said they had been out to clean up all the gravesites and put flowers out. 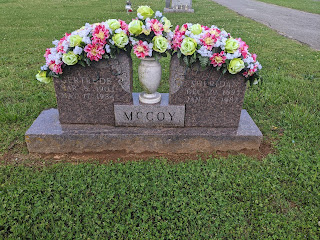 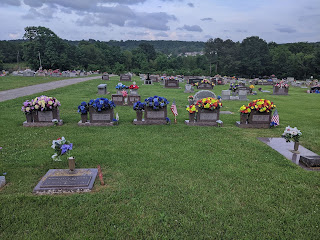 And, I also seem to recall when we visited Israel being told that once a year graves were whitewashed so that no one might accidentally step on one and contaminate themselves. I found this on Bible Hub: "contact with a sepulchre brought with it ceremonial uncleanness, and all burial-places were accordingly white-washed once a year, on the 15th day of the month Adar--i.e., about the beginning of March--that passers-by might be warned by them, as they were of the approach of a leper by his cry, "Unclean, unclean!" And you remember that Jesus said Pharisees were like white-washed sepulchers--clean on the outside--dead on the inside. So, technically, maybe that's what started what we know as Decoration Day!!!

(Sorry I got a little off track there.)

Green, Green, the grass is green … so much rain! 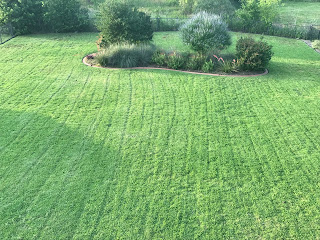 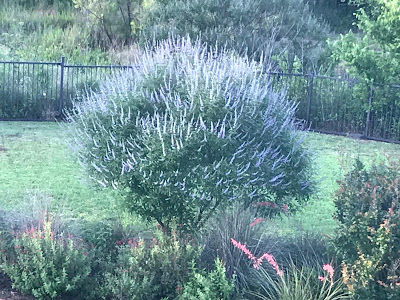 And the vitex in full bloom1 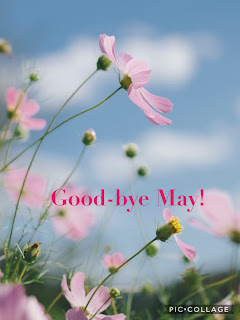 Wow! This week has zoomed by and I have been blessed to see many different people. Sunday was spent with my friends around the corner just hanging out watching the kids swim. Monday was busy with work around the house ... busy, busy. Fred and Alice came over and much was accomplished before we went to dinner at Saltgrass! Tada! First restaurant outing a big success!

Tuesday was my excursion with RuthAnn at the Dallas Arboretum. 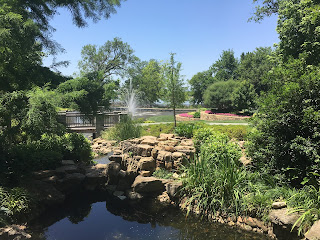 Wednesday running errands and spending the afternoon with Cindy, Kate and Jack. We had to go to the Malt Shop for milkshakes!!! What a treat! (I confess to having a big cheeseburger!) 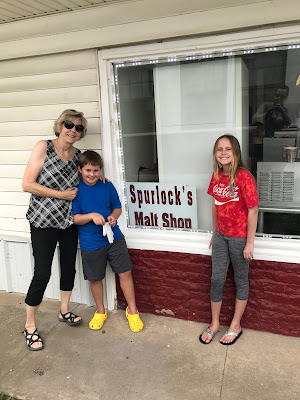 And today, Thursday, my friend Kaaren and I attended a memorial service for a friend. It was nice to be able be there for one of my friends whose husband passed away last week. I feel deeply for her as her heart is broken by this sudden loss. It was a lovely service. Kaaren and I went out for brunch after and I thought I would spend the afternoon doing things around the house.


But, surprise! Cindy and Kate came to visit and what a lovely time we had together. I had brownies and ice cream for them, we just hung out together and then decided to do a drive around looking for a wind spinner that I have been wanting. 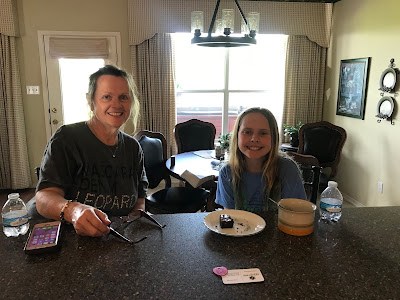 Great day! What will tomorrow bring?
Posted by Nonnie at 7:51 PM 5 comments:

Hodgepodge from the 40's 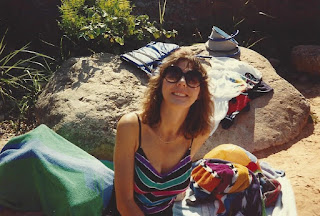 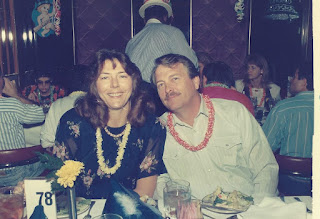 2. Life begins at forty. Agree or disagree? Tell us why. And if not at forty, when?

I don’t know about that. Life begins when you realize time isn’t a thing to be squandered, but enjoyed. It’s being thankful for where you are and not looking back in regret, or looking for something in the future to make you happy.

3. Share a favorite book, song, or quote with a number featured in it somewhere.

Can't say it's a favorite, but the first song that came to mind was 76 Trombones from The Music Man. After thinking about it, one of my favorites was Marvin Gaye with It Takes Two!

4. A picture's worth a thousand words, a stitch in time saves nine, back to square one, catch-22, on cloud nine, my two cents...pick a number phrase and tell us how it applies to your life currently.

One is the loneliest number (3 Dog Night) I miss my DH.

5. Last time you drove more than 40 miles from home? Back in March, I drove to Tulsa--about 250 miles. More than 400 miles from home? I can’t remember. Where were you going? Was it before or after this current season of social distancing? Before. 6. Insert your own random thought here.

I’ve stayed very busy during this year and through this season of quarantine with plenty of social contact through zoom, sidewalk visiting with neighbors, Bible Study, church and family. I’ve tried to blog without much success and one of my problems is that I discovered when I download my photos they go to iCloud and I can’t figure out to upload into a blog. That’s my excuse and I’m sticking with it.

Today my friend RuthAnn and I went to the first day opening of the Dallas Arboretum. It was a lovely day with proper spacing between guests and everyone was limited to a four hour period by reservation. 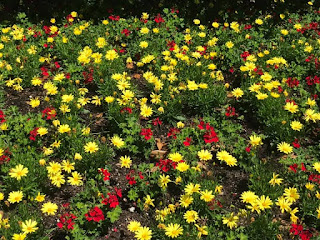 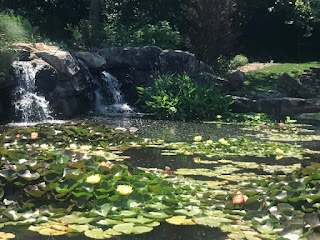 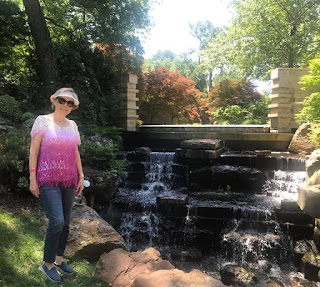 And so here I am 31 years later.
Bless the Lord, O my soul,
I cannot forget all Your benefits!!!
You have been so good to me. 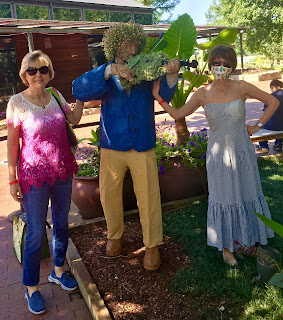 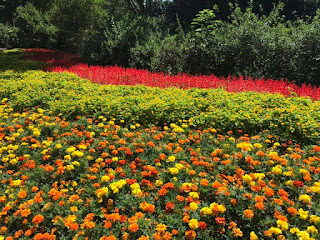 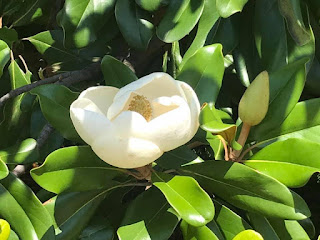 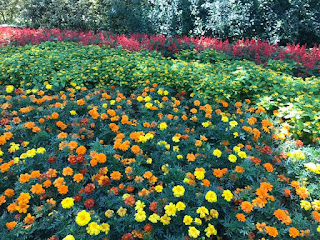 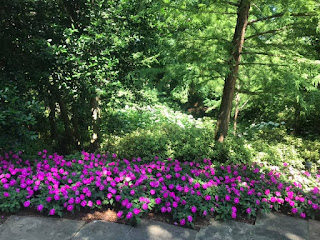