A "cute as a bug" Hodgepodge

1. Something you've seen recently that's “cuter than a June bug”?

I know it’s only an expression, but I don’t see anything cute about a June bug. Maybe a lady bug. I might in the past have thought the baby bunnies were cuter than a June bug, but not anymore since they’re eating up my plants. My boss was named June and she was affectionately referred to as "June Bug."

But...to answer the question. I came across this picture in my iPad photos. It never fails to make me smile. I love this boy and he's much cuter than a June bug. 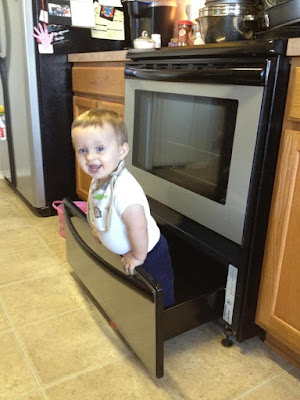 Working as a paralegal in a law firm during the week, keeping up with housework, and planning little trips with Jay and kids on the weekends. We had so much fun in those summers. Turner Falls was ice cold water, a sandy beach, and so refreshing on a hot summer day. 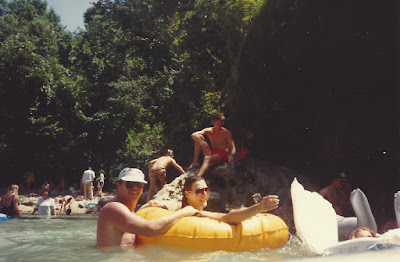 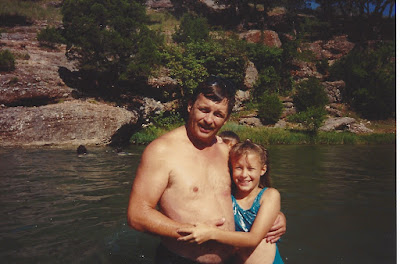 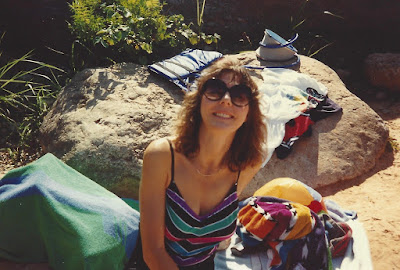 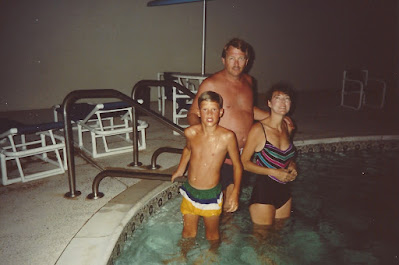 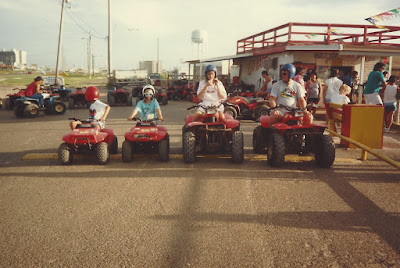 3. A place in your home or outdoor space where you feel 'snug as a bug in a rug'?

Sitting under a blanket in my recliner with my dog on my lap.

I love poundcake served with strawberries and whipped cream, or peach cobbler and ice cream, or warm blueberry sauce served over vanilla bean ice cream. My favorite summer dish is made with zucchini, yellow squash, onions, red, yellow and orange peppers, and cherry tomatoes sautéed in butter and ginger until tender. I love this stuff. I don’t mind cooking in the summer.

5. Do you have a summer reading list? If so share a title or two we can add to our own.

I just finished The Ocean Between Us, a very sad fictionalized account of the true story of the deportation of 130,000 children to Australia during WWII. Here are a few on my reading list. If anyone is interested in reviews, my friend has already read these and given her reviews. The top of her list with the highest review is The Last Green Valley by Mark Sullivan, which she rated 4.75.

Also by Jane Healey, Beantown Girls. Set in WW2.  I enjoyed it and would rate it a 3.75

I was on a roll here with Jane Healey, so picked up her book called The Secret Stealers. Anna is a young widow (set again in WW2)  I liked this story And rate it a 4

There has been too much rain the past few days for me to have made my trip to Texas, so that is put off for a couple of weeks. Trying to schedule plans and coordinating with other people’s calendars can be a little bit tricky. In the meantime, I’ll carry-on with appointments and commitments made for the next two weeks.

What a cute picture #1! My favorite place to feel snug as a bug in my recliner,also! Have a great rest of the week.

I LOVE to read anything from WWII so I'll be adding those books to my "to read" list.

Just so wonderful, How fast the grandchildren grow. Such a cute picture.

I really enjoyed your pictures from 1988!! It is fun reading that most of us like to 'nest' in our recliners! My answer, too! Joyce gave us another fun Hodgepodge! xo

I didn't make the Hodgepodge this week due to cutting our trip to Indiana short and driving back home yesterday. As always, I enjoy your pictorial memories. Hope to join in next week.

I'm sorry your trip to TX was cancelled but it is better not to drive in rain and floods.
What fun times you had in 1988!
I'll have to look up those books. Thanks for the recommendations.

Haha...I always say the deer are cute until they start eating my stuff. We have lots of bunnies hopping around our yard too. Ooohhhh your food loves sound wonderful. Have a great rest of your week

Oh, I am sorry you had to postpone your trip, but better safe than sorry. I hope the next trip will go on without a hitch! Love the happy memory pictures of your time with the kids swimming, etc. Those look like wonderful times together, and great memories indeed. We don't see many "June bugs" here that I recognize as such. They maybe be out there, but I don't notice them here. Your food ideas/loves sound wonderful. I may have to try the squash/peppers, etc. dish. That sounds good. Take care and stay cool!!