I'm a little late to join this party, but gonna give it a try anyway (hurriedly, I might add)!! It isn't too late for you to join right here!

Welcome to Saturday 9. What we've committed to our readers is that we will post 9 questions every Saturday. Sometimes the post will have a theme, and at other times the questions will be totally unrelated. Those weeks we do "random questions," so-to-speak. We encourage you to visit other participants posts and leave a comment. Because we don't have any rules, it is your choice. We hate rules. We love memes, however, and here is today's meme! Saturday 9: Could've Been (1987)
Unfamiliar with this week's tune? Hear it here. I never heard this song! 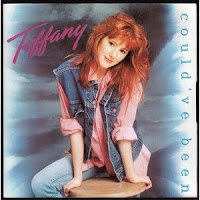 1) This wistful song is about a love affair that ended. What song reminds you of a long-ago love? Then You Can Tell Me Good-Bye!

2) It was written by Lois Blaisch, a singer-songwriter who performs at clubs around Los Angeles and has sung outdoors at Disneyland. Would you prefer to attend a concert indoors, or outside under the stars?
If the weather is nice, it would be fun outdoors. Dallas used to do a concert under the stars and in 1987, we attended an outdoor concert to see Reba McIntire. It was the 4th of July, and memorable because the next morning I would leave my Jay to travel to Seattle for the purpose of being the bone marrow donor for my brother, Phil. Otherwise, I like indoor concerts.

3) This week's featured artist, Tiffany, appeared on the TV talent show Star Search when she was just 14. She came in second. Though she was disappointed, she admits she learned from it. She studied the singer who won and says it made her a better performer. Can you recall a time when you weathered a tough time and came through stronger?
The summer of 1987 might be one of them. Every storm serves to strengthen and when I look back, they serve a greater purpose, including strengthening my faith. I told about that summer story here.

4) Early in her career, she toured Alaska, opening for country legend George Jones. Have you ever visited our 49th state? (That's a correction; I made a mistake when I originally posted.)
Jay and I visited Alaska in 2012. It was a wonderful trip! 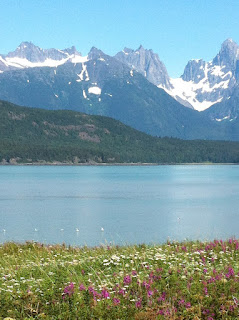 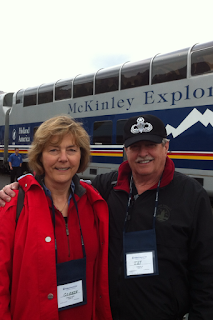 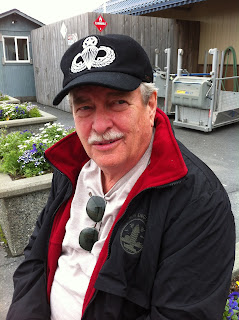 5) Tiffany provided the voice of Judy Jetson in 1990's Jetsons: The Movie. Which cartoon did you enjoy more: the space-age Jetsons or the pre-historic Flintstones?
I think I was in high school when these came out, and remember watching both sometimes.

6) In 2007, she appeared on VH1's Celebrity Fit Club and lost 28 lbs. Are you making an effort to stay fit during this stay-at-home period?
I walk each day with the dog, but we don't stray too far from the house.

7) In 1987, when this song was popular, Aretha Franklin became the first woman inducted into the Rock and Roll Hall of Fame. What's your favorite Aretha song?
Oh mercy! I loved Aretha Franklin and it would be hard to choose. I'll go with Respect since it's the first to pop in my mind other than Chain of Fools and THINK!!! I DID LOVE THOSE SONGS!

8) Also in 1987, third-generation race car driver Marco Andretti was born. Are you a race fan? No. 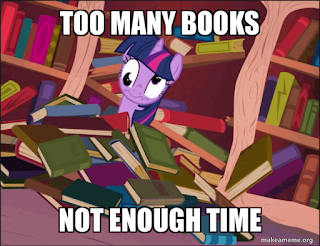 Oh I love your Alaska photos. Makes me want to go.

"Chain of Fools" is a great choice.

Oh, I love those beautiful, happy photos from Alaska! What good memories.

Great photos and what a great memory your trip to Alaska is to hold dear! I love Aretha too!!

Beautiful photos of Alaska. How wonderful to have happy memories!!
Lovely post. :)