Putting on your boots and heavy coat with hood over pjs,
standing outside in the freezing rain and howling north wind at your back,
while holding an umbrella over your very old, arthritic, senile dog,
waiting for her to take care of business before bedtime. 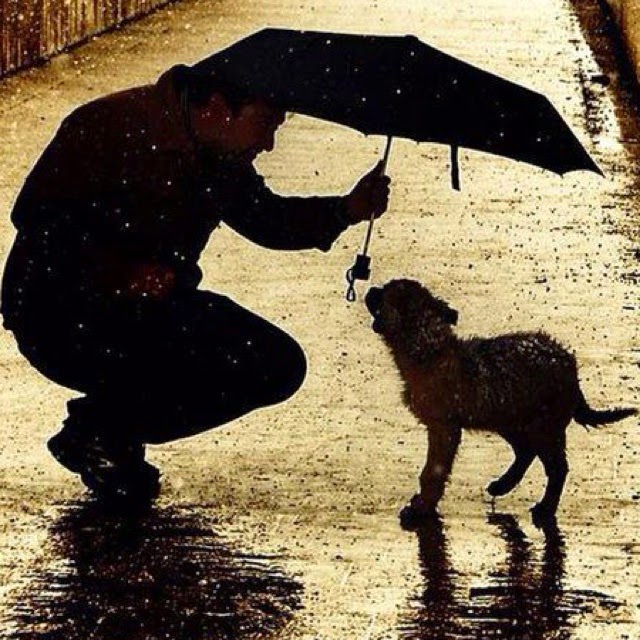 The icy rain turned to snow and we woke up
this morning to about three inches of snow.

The pics below show the difference between snow in 2010 and 2015.
Sunny pics are today. 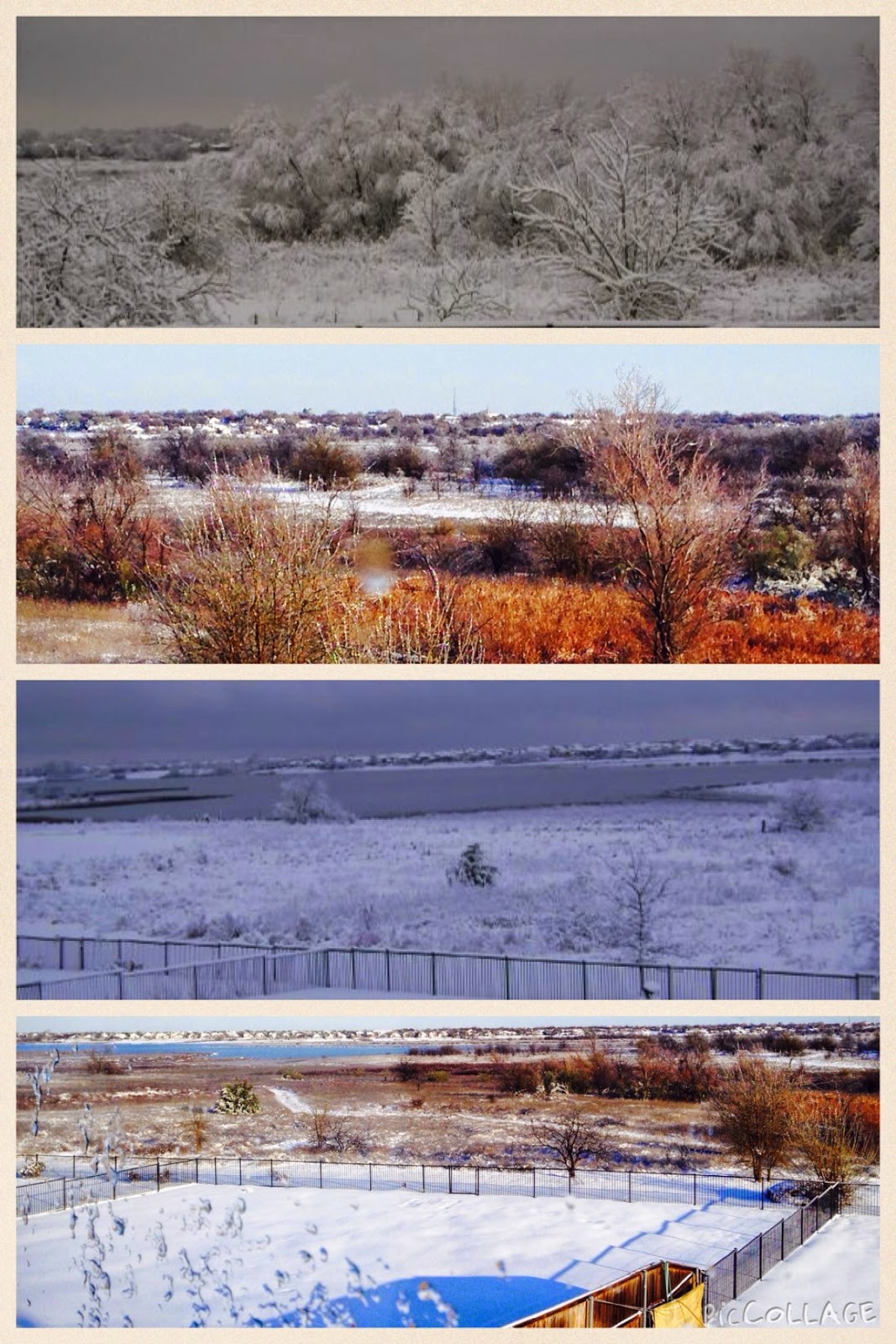 So .... it could always be worse!
The sun should melt everything by this afternoon.


Below are a couple of posts from our daughter-in-law on Facebook last night. Bless her heart!! Her husband was at the fire station last week when the ice storm came, too!

"School is closed (again) tomorrow. They're all like "driving on ice is dangerous", "stay off the roads", "be safe" blah blah blah, I get it, I really do. You know what else is dangerous??? Locking me up with these crazy kids again, THAT is dangerous. I think school should also occasionally close on a "beautiful day" so we can actually enjoy a random day off in the middle of the week and go do something fun!! Who's with me!?!"
#‪‎cabinfever‬ ‪#stircrazy‬ ‪‎#kidsarenuts‬

Ice Rant Part II:
"Why? Why does my husband always have to be out in this mess???? He is at work right now, parked on the top of a bridge, trying help keep the citizens of Dallas safe.

Ladies and Gents, Do me a favor. Pray for him and all the other firefighters, police officers, etc that have to be out braving this nasty weather in order to serve others. Pray for their safety, for warmth, for rest."
Posted by Nonnie at 9:33 AM 10 comments:

Valentine wishes came from this sweet girl across the ocean blue! 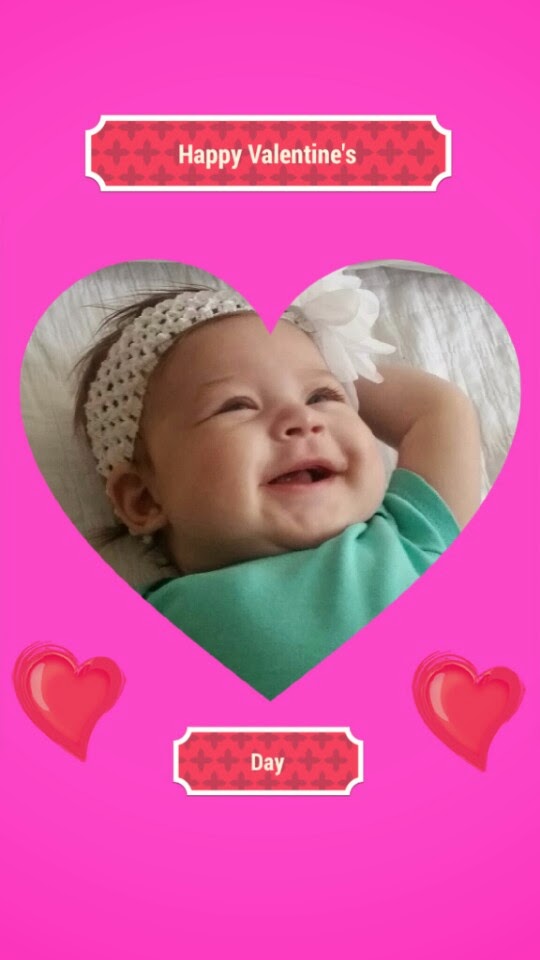 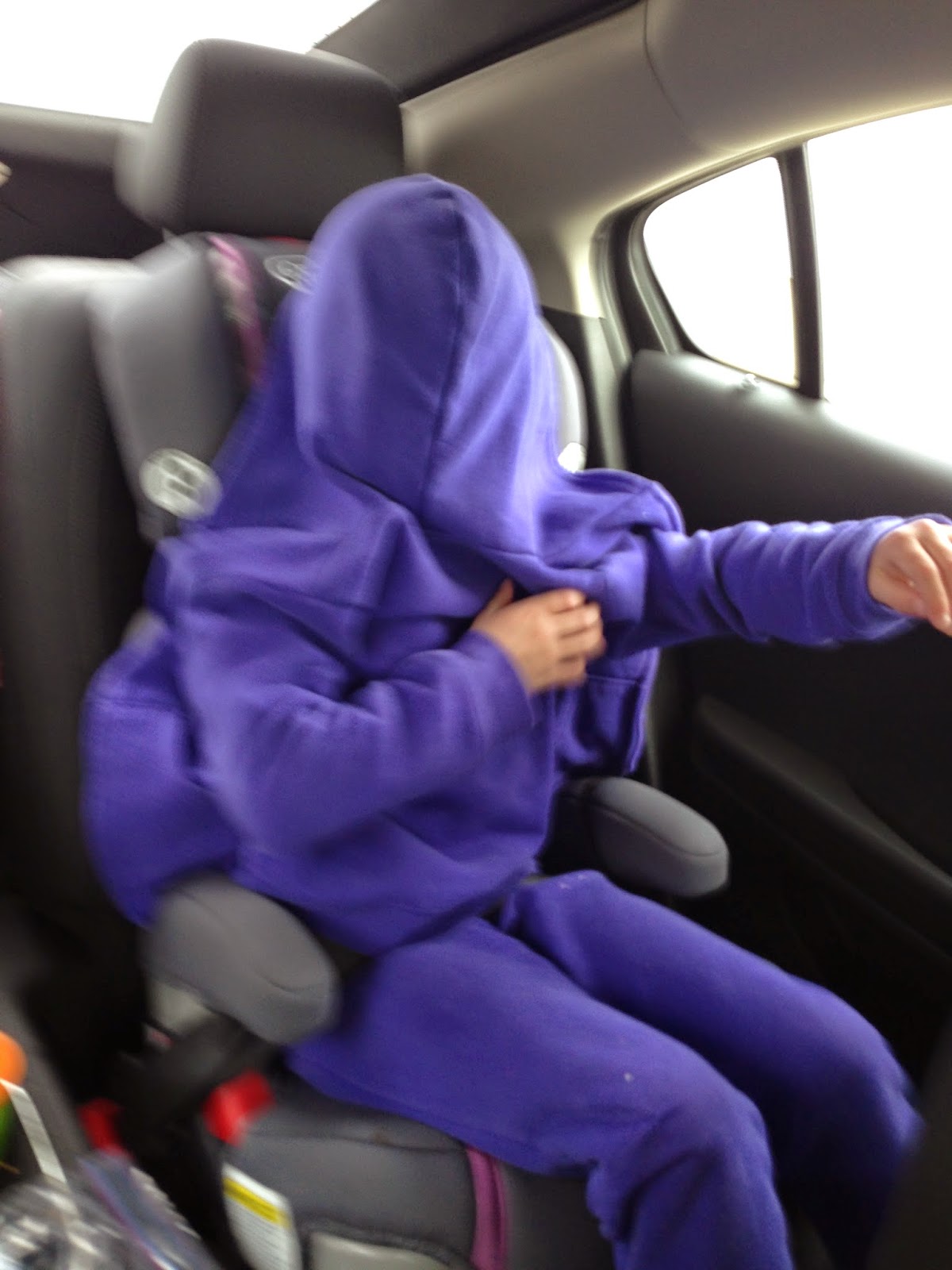 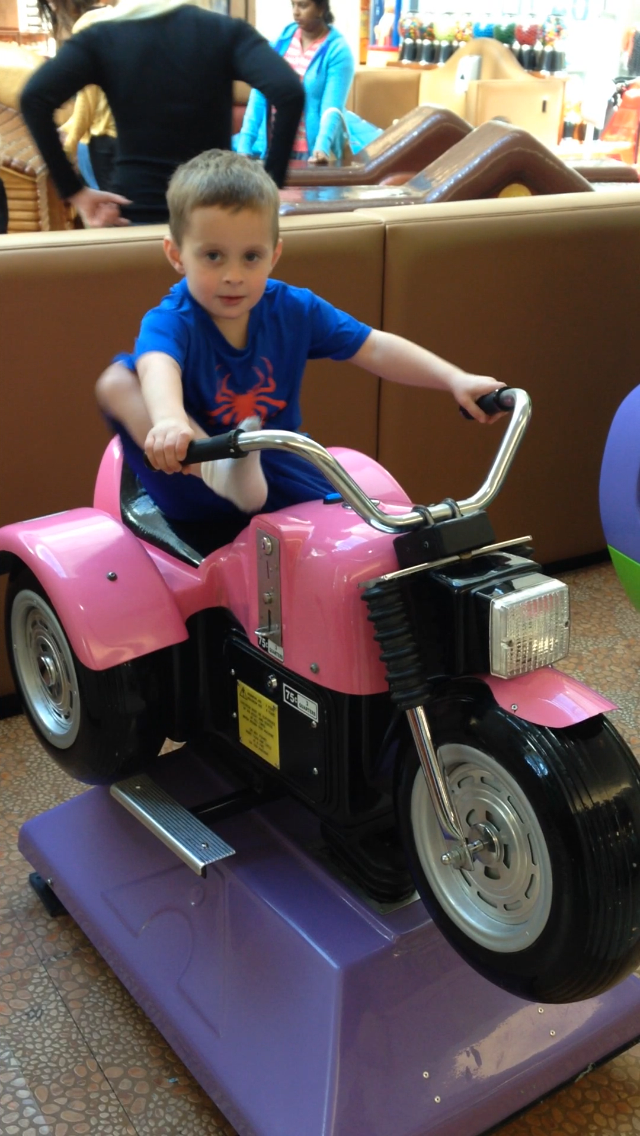 Well, it is a motorcycle, after all.
Even if it is pink. 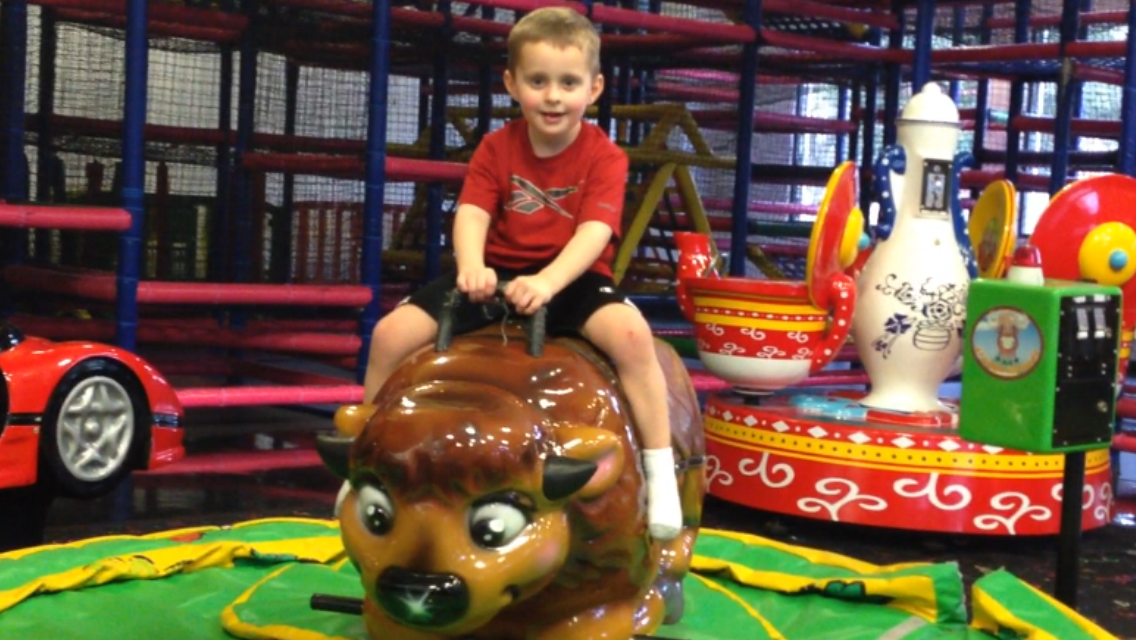 A bull ride at Going Bonkers 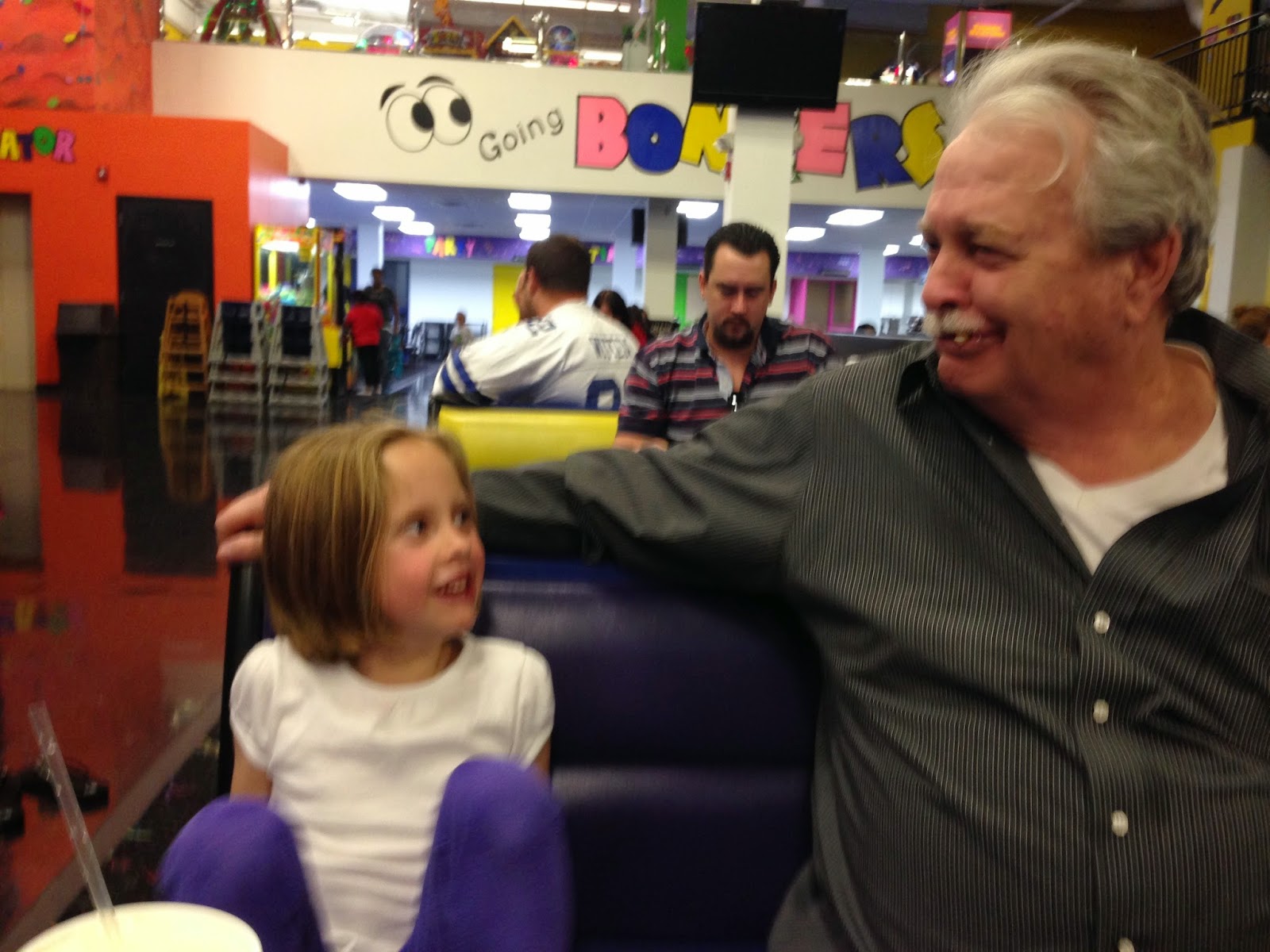 It doesn't take much silliness from Grandpa
for this girl to smile. 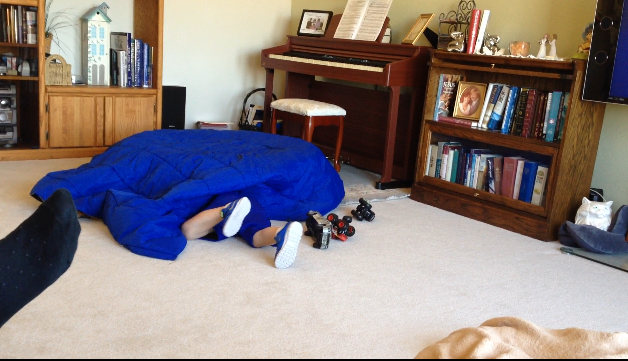 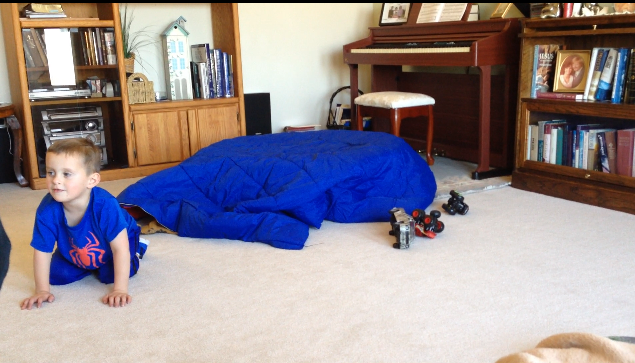 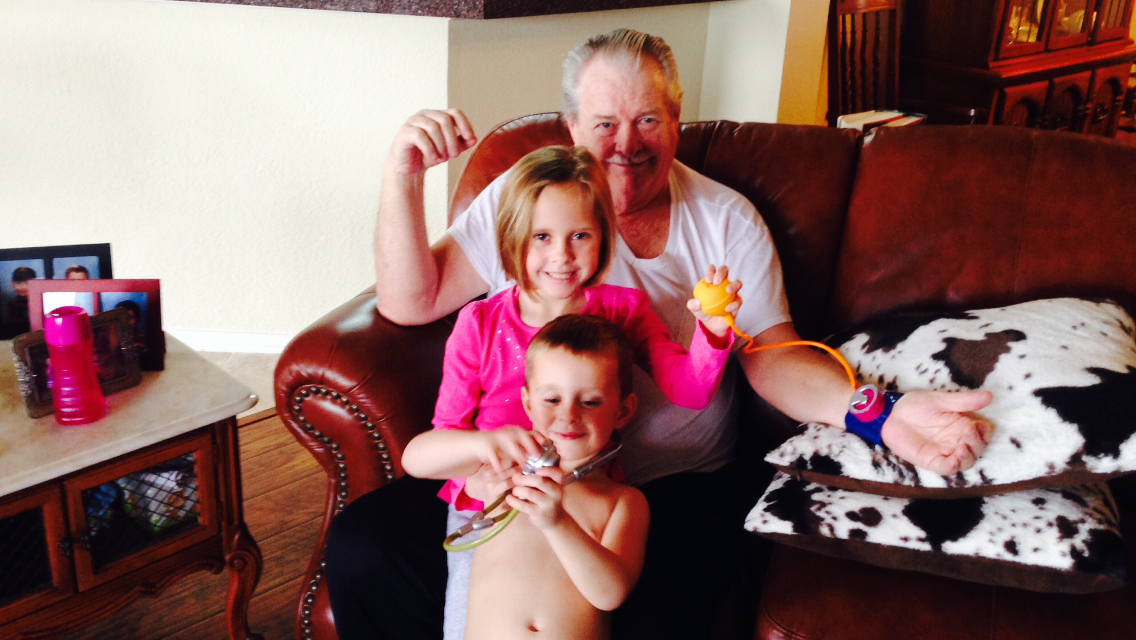 Grandpa getting a thorough check from the
resident doctors

After playing Don't break the Ice,
Jack was ready to play the "bzzzzzzzzzzzz" game.
Took me a while to figure out he meant "Operation" 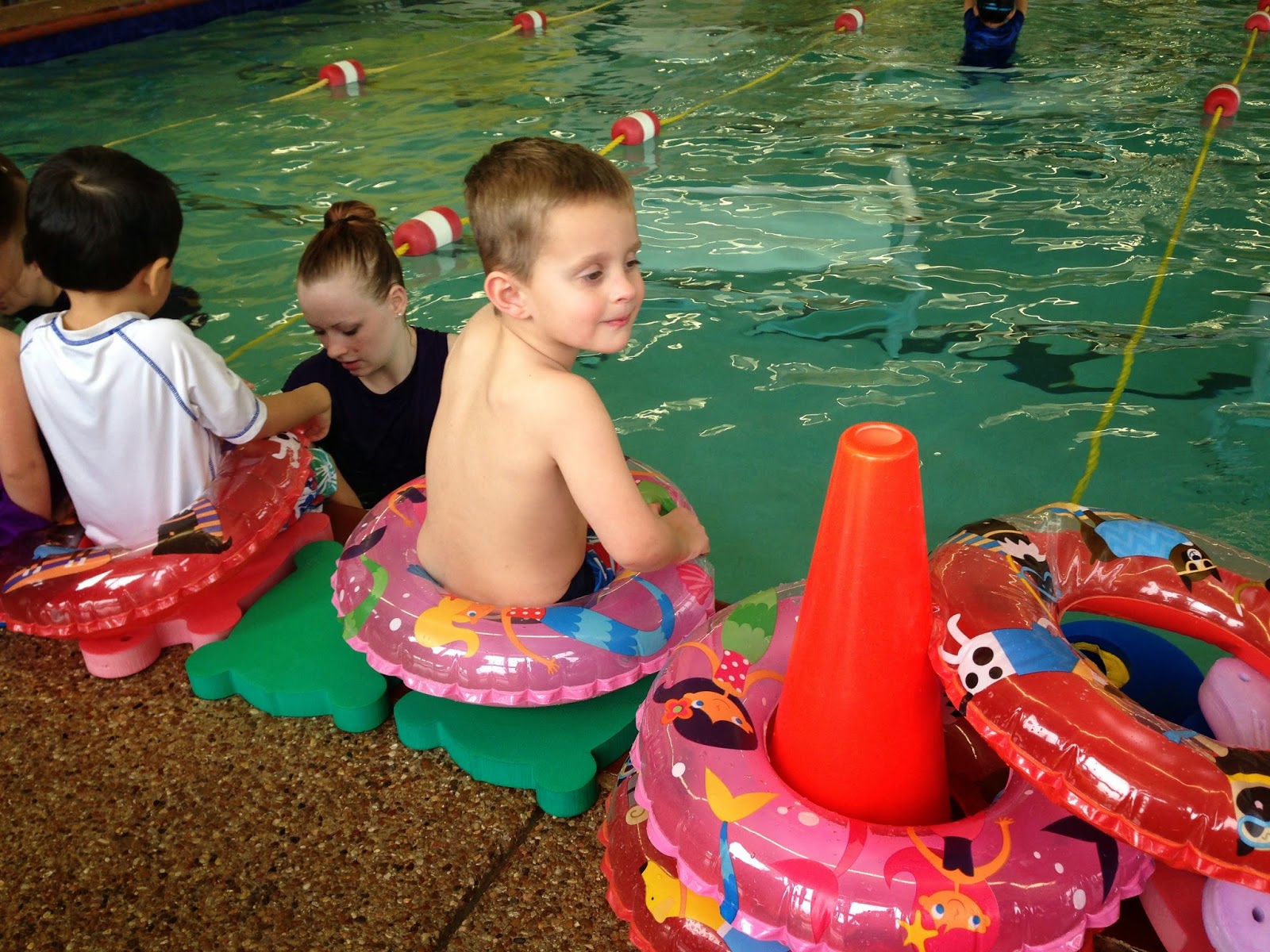 Waiting patiently for his turn at swimming class
This pic seems a little out of place for February,
but they are getting ready for summer! 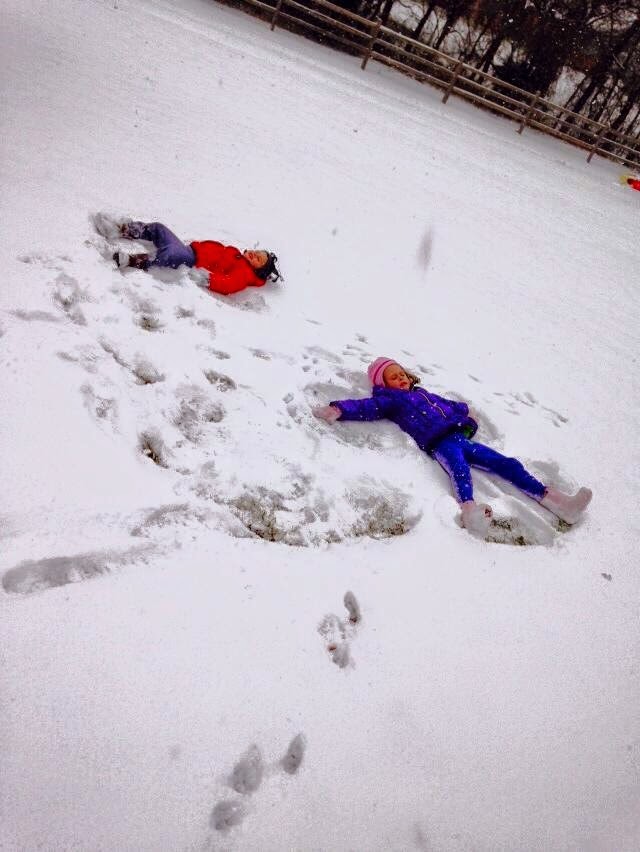 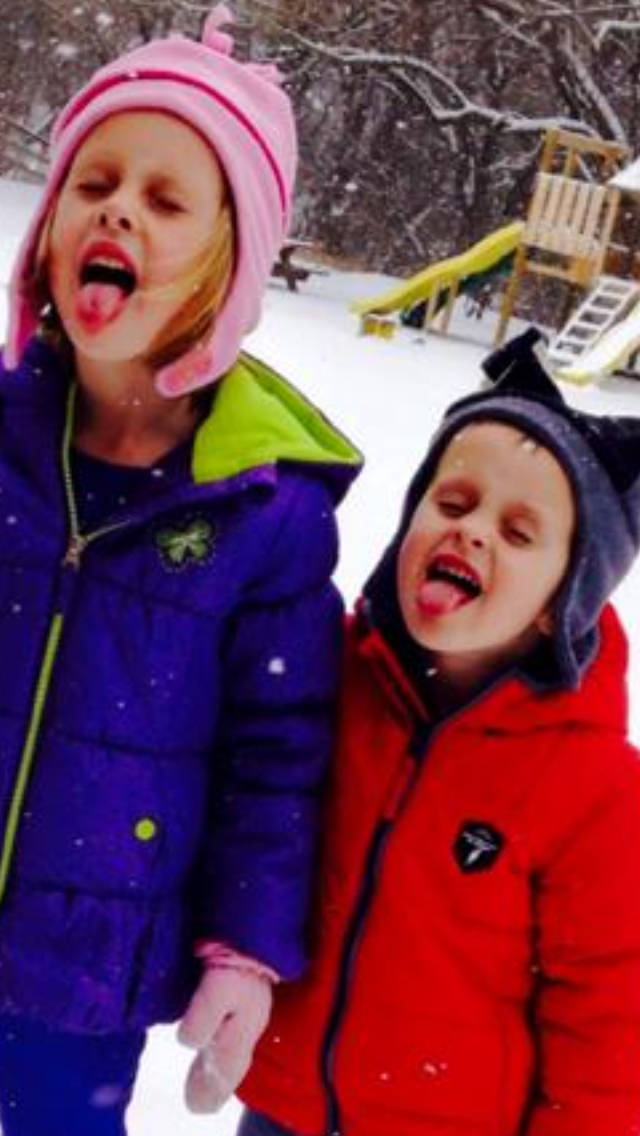 They don't get a taste of snow that often
here in Texas! 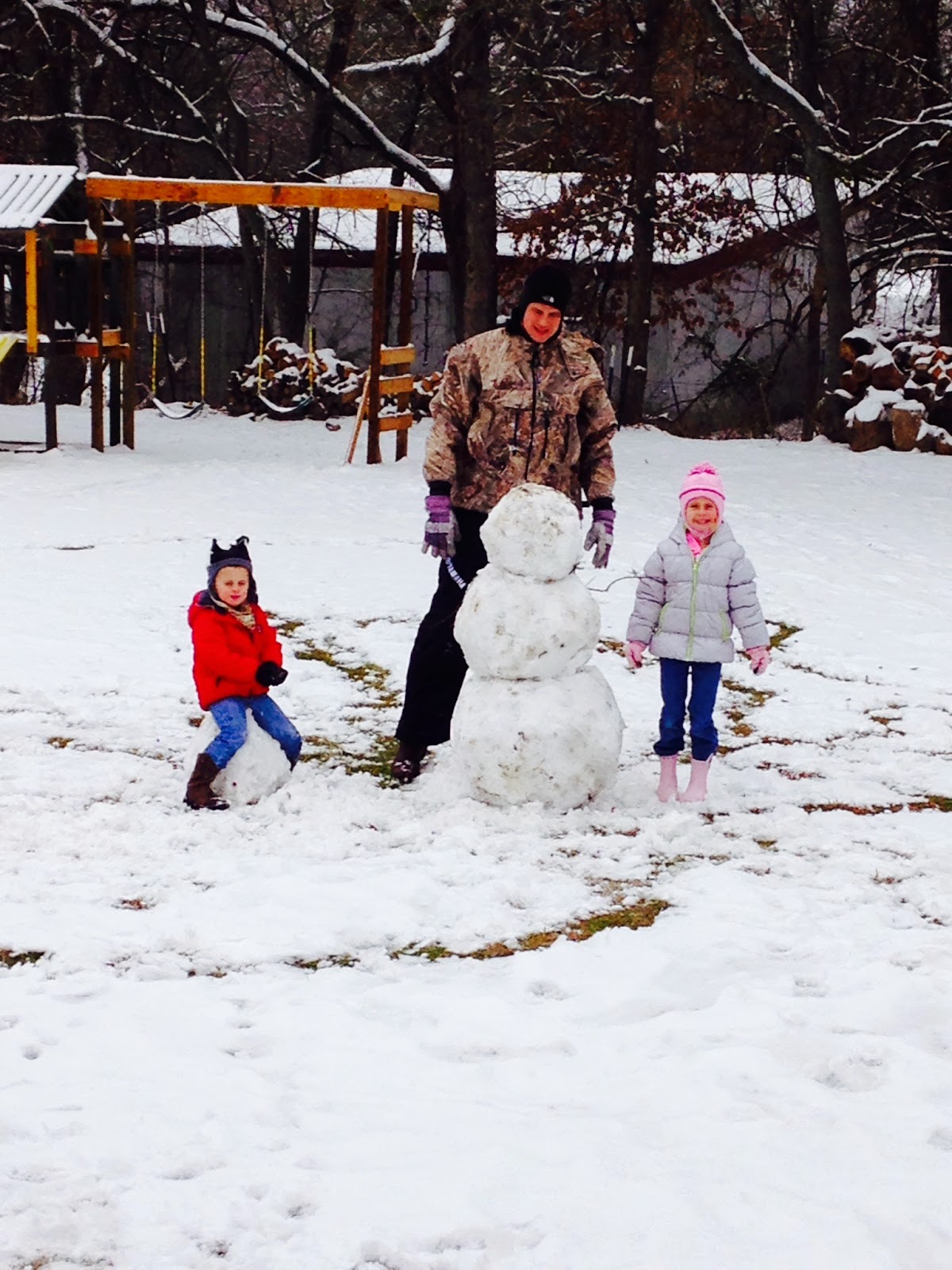 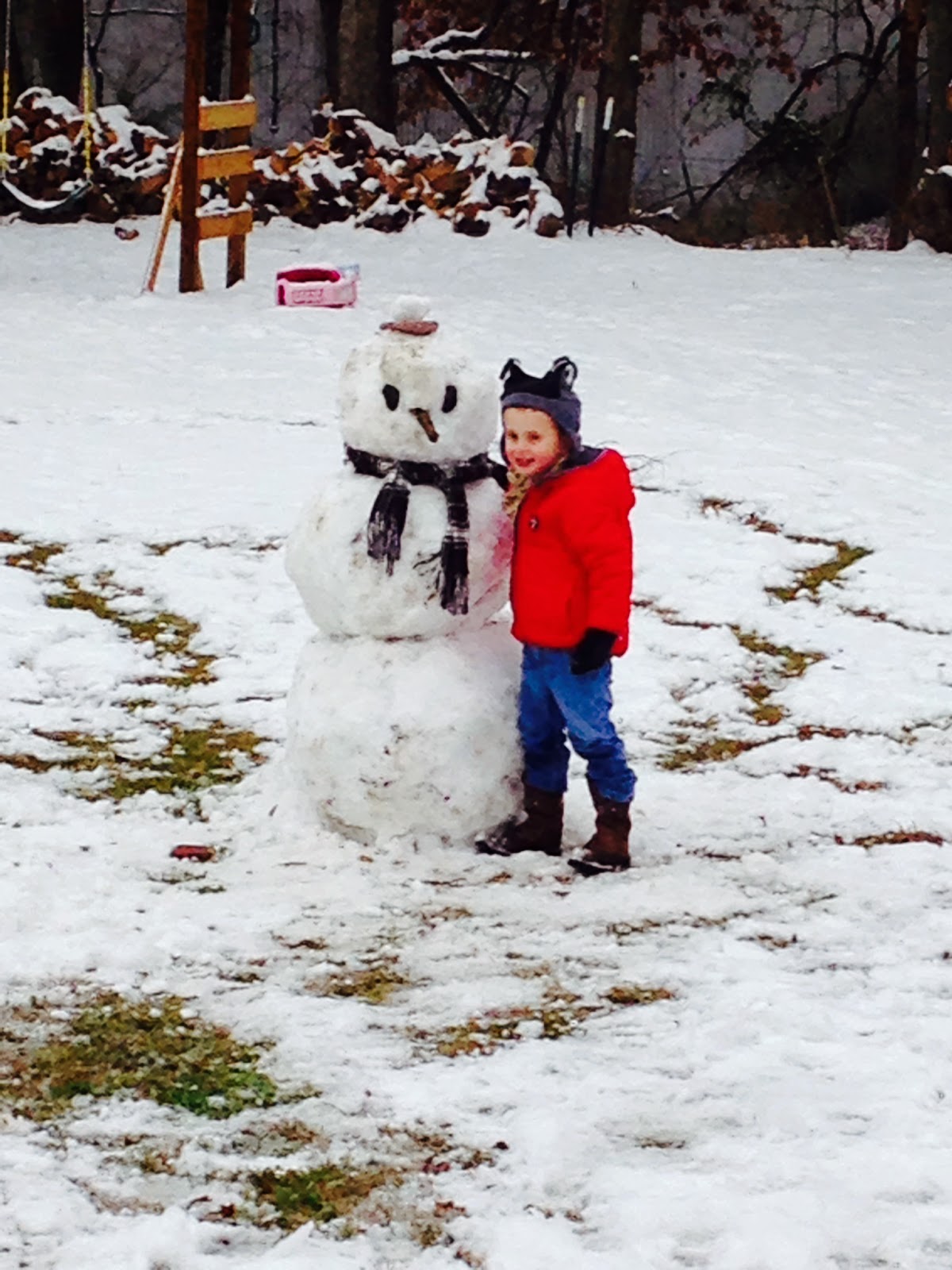 February was fun and freezing ...
and now it's over.

Time marches on.
and the pic below proves it!

Gotta keep on keeping on!

I know these lovelies are out there somewhere!! 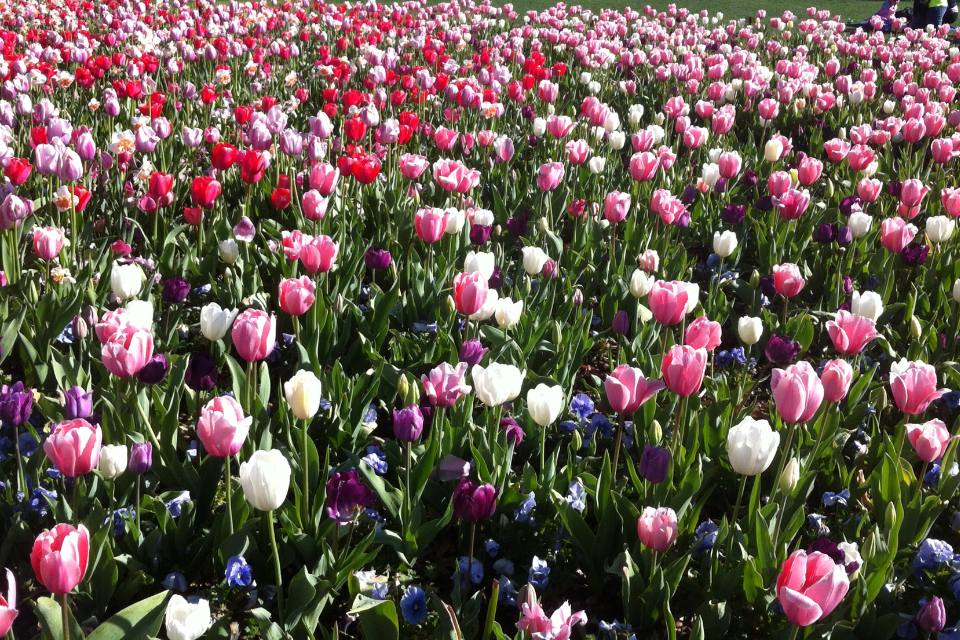 And will be bursting out of the ground soon!!

(Already have an Arboretum date set for April 2!)
Posted by Nonnie at 5:05 PM 7 comments: